European football clubs and broadcasters are in disarray. Losses will be huge if matches are postponed beyond April. The big question is whether the clubs or broadcasters take the financial blow

European football clubs and broadcasters are in turmoil following the decision to delay games.

Losses are potentially huge and lawyers will argue whether the clubs or the broadcasters take the financial hit. According to Deloitte’s Annual Review of Football Finance, the total revenue of the European football market was 28.4 billion euros ($26.3 bn) in the 2017/18 season. No firm estimate has been given for up to date numbers. But since there has been a 35 per cent surge in broadcasting rights, total revenues of the UK’s Premier League, German Bundesliga, Spain’s La Liga and other European leagues can be estimated at more than 30 billion euros ($44 bn), analysts say. Hundreds of millions or possibly billions of euros could be lost if clubs don’t open their gates in April.

The Union of European Football Associations (UEFA) and English Premier League lawyers are expected to argue force majeure. Their grounds are that the Covid-19 pandemic is beyond their reasonable control. But legal rulings are deeply uncertain. There are different force majeure clauses and legal interpretations in the UK, Germany, France, Spain and other nations. If the football leagues win, Sky, BT and other broadcasters will be damaged. They would not only lose advertising, but may have to offer discounts to their subscribers. If broadcasters and sponsors win, the rights and commercial cash flows of clubs would decline. This would have a ripple effect and place pressure on weak indebted clubs. Transfer fees and players’ salaries could be scaled down in the coming summer negotiations.

The football crisis has become exceedingly complicated. Clubs are urging the UEFA to give priority to domestic competitions. Euro 2020, the competition between 24 qualifying European nations in 12 countries, has been postponed until 2021. Revenue of European premier and lower leagues will slide. According to UEFA’s latest annual report, the Euro competition helps finance clubs over a four-year period.

JW: Broadcasting clauses for EPL and other leagues allow for the postponement or cancellation of individual games. If the matches are postponed, but resume in April and May, the Leagues should complete the season. Rights should then not be affected. If, however, the remainder of the league season is cancelled, broadcasters will claim that their contracts have not been fulfilled. They would then seek a rights reduction.

JW:- Most large clubs have insurance for cancelled games and refunds. But this isn’t common in the lower leagues. Most broadcasting contracts have a force majeure clause. The interpretation of these is likely to be a point of legal contention.

NB: Initially the EPL didn’t follow the recommendations of Government’s medical advisors. They had said that the games could continue. Would this count against the the EPL.

JW: The Premier League will point to the suspension of other European league games and their duty of care to fans and players.

JW: larger deals such as shirt branding, stadiums’ rights and official partners etc are unlikely to be impaired. Many clubs will use social media to continue to support their commercial partners. If the leagues decide to cancel, it will depend on the sponsors’ contracts. The clubs will say it is force majeure and out of their hands. So unless the contracts stipulate exactly how many games are covered, it may be challenging for sponsors to get their money back. That said, it is in the interest of the clubs to work together with sponsors to find a solution.

NB:- What about advertising hoardings around the pitch?

JW If there are no games, contracts won’t be fulfilled and the clubs won’t receive the income.

NB:- Presumably the loss of gate revenue will hurt the smaller clubs?

JW: The European club average is around 15 per cent of total revenue, but this number is variable – ticket prices, volume of tickets sold, stadium capacity and hospitality. Scottish clubs are highly dependent on gate revenue. There is genuine concern in the lower leagues that four or five clubs would struggle if they play matches behind closed doors or lose just 10 percent of broadcasting revenue.

For entertainment and investment ideas, take a look at Neil’s books. They can easily be found via his author page on Amazon  https://www.amazon.co.uk/Neil-Behrmann/e/B005HA9E3M
Neil’s financial thrillers Trader Jack- The Story of Jack Miner and its sequel Jack of Diamonds have had excellent reviews which include comments on the in-depth research into gold and gold share trading, diamond markets and financial bubbles and crashes. Children 8 to 12 have also enjoyed the anti-war fantasy, Butterfly Battle- The Story of the Great Insect War. It had exceptional reviews. 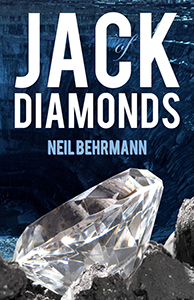